The Lost Colony debuted on July 4, 1937, during the Great Depression. Despite the hardships many people faced, it was a full house! The show was only going to last one summer. However, after President Franklin D. Roosevelt saw the show, it created national interest that assured its continuation.

Fast forward to 2022, The Lost Colony is now celebrating its 85th anniversary at Roanoke Island’s Waterside Theater. It is the longest running outdoor symphonic drama! The season started on May 27, 2022, and will conclude on August 20, 2022. Don’t miss your chance to experience American history!

While getting your tickets, don’t forget to find a place to stay! Atlantic Realty has many great OBX vacation rental options that will exceed your expectations! We offer vacation rentals across the Outer Banks, from budget-friendly options to luxury condos.

The Story Behind The Lost Colony Play

The mystery of the lost colony has sparked curiosity among historians and inspiration for TV shows, movies, and the annual play. The mystery began in 1587 when 117 pilgrims created the first English colony on Roanoke Island. Shortly after, Virginia Dare became the first English child born on American soil on August 18, 1587. Virginia’s grandfather, John White, returned to England 10 days after her birth to get more supplies. He never saw his granddaughter again.

He returned on his granddaughter’s third birthday to find the entire colony abandoned. The carvings “CROATOAN” and “CRO” were the only explanation left behind. Before he could explore further, a storm damaged his ship. He returned to England and never raised enough money to go back to Roanoke Island.

5 Theories Of The Lost Colony Of Roanoke 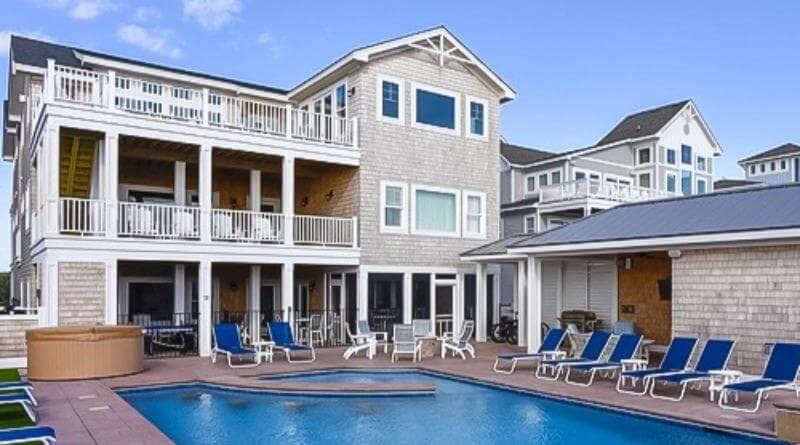 We have plenty of rental options within easy driving distance to Roanoke Island’s Waterside Theater and other historical landmarks. Make sure to book your vacation rental through Atlantic Realty today to experience the history of the Outer Banks yourself!