The Cape Hatteras Seashore in a National Park covering over 70 miles and includes areas such as the Bodie Island Lighthouse, the Cape Hatteras Lighthouse and Pea Island. It also features a variety of wildlife such as plovers and other birds, turtles and more. It’s not uncommon to catch sight of pods of dolphins off the coast. Visible shipwrecks such as the Laura A. Barnes dot the beaches. If you like to fish, you can pick up a fishing license and cast into the water right off the coast. You can even stop by the ranger station to get a pass to drive on the beach. 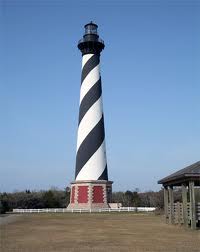 With its black and white candy cane stripes, the Cape Hatteras Lighthouse is the most famous in the world. Originally called ‘Hamilton’s Light’ after founding father Alexander Hamilton who commissioned its predecessor in 1794, this lighthouse has withstood the test of time and gone on to become everyone’s favorite. The lighthouse was built in 1870 and moved away from the beach in 1999 due to erosion. Fortunately, the move didn’t do any damage and you can still climb the 210 feet to the top in season. It is the tallest all brick lighthouse in the world.

If you love birds, than a trip to Pea Island is not to be missed. Part of the Cape Hatteras National Seashore, it’s also a bird sanctuary. Ranger led birdwatching tours are available in the early morning. However, you can go on your own and try to see birds at any time from the trails. Pea Island is said to be home to over 365 different species of bird. Since over half of them though are migratory, you’ll never know what you’ll see. Bring the camera, binoculars, and since Pea Island is mostly marshland, we would recommend bug spray.

Horseback Riding on the Beach

If riding horses on the beach is on your bucket list, then you’ll definitely want to check out Equine Adventures.  This stable offers one of the few beach riding experiences. They have horses for every type of rider from experienced to ‘never ridden before’. Though the ride is a follow the leader type tour, you can go at your own pace be it leisurely stroll to canter (run.) This two hour ride takes you on the beach, and through a maritime forest. These rides are suitable for people ages 10 and up, which makes it a perfect experience for both groups of adults or families with kids. Riding horses on the beach is a memory you’ll never forget. Best of all, you get $10 off a ride with our Explore the Shore pass. 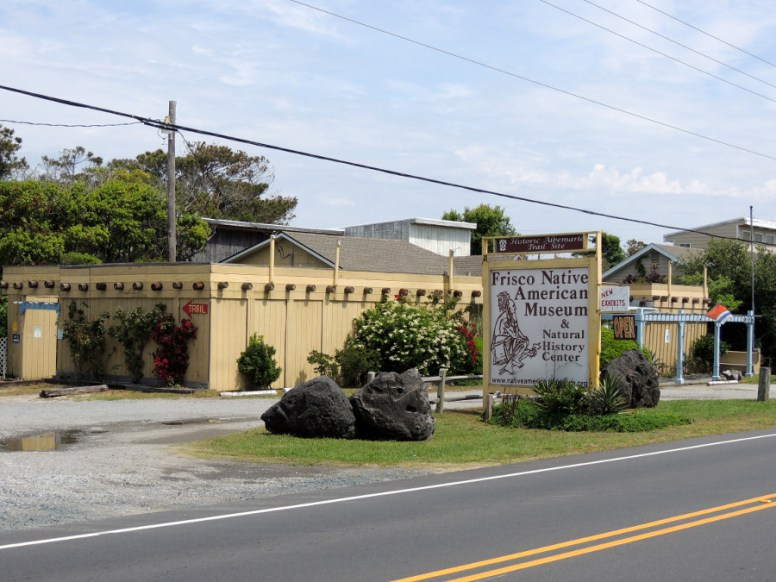 The Frisco Native American Museum is one of the largest private collections on public display. The owner, Carl Bornfriend, is an adopted member of the Lenape tribe. His museum houses thousands of artifacts not only from local Native Americans, but also from Native Americans around the country. They have not only the typical ‘beads and feathers’, but also pottery, baskets, tools, art and carvings.  They also highlight different cultures and contributions Native Americans made throughout history, such as WWII. Though it looks small from the road, inside, it extends in all directions making it seem to go on forever. It’s laid out like a museum more typical of yesteryear than today, which is part of its charm. It’s a place you won’t want to miss.  And with our Fun N Sun pass, you get one free ticket to see it.

In the 1800’s, the lifesaving service was a division of the treasury department. However, it had nothing to do with money, it was about saving lives. Specifically, it was about saving the lives of soon-to-be ship wreck survivors, caught in the infamous Graveyard of the Atlantic. The Lifesavers were the predecessors of the modern day Coast Guard. There was a saying; you have to go out to save them, but you didn’t have to come back.  The Chicamacomico Lifesaving Station is famous for two reasons; 1. It’s the most complete and fully restored lifesaving station in existence. 2. It was the base of the country’s first all African American lifesavers, (right after the civil war.) This historic site features a museum, historic interpreters and a small gift shop. This is THE place to stop if you love Coast Guard history, African American History, shipwreck history or just American history in general. To make it easier for you to stop, our Fun N Sun pass provides one free ticket.

Take a Picture of the Futuro House

The Futuro house is closed to visitors, but that doesn’t stop hundreds of people passing it every year from stopping to take a picture.  Also called the UFO house, this home has a 1950’s UFO shape. This house was hailed as the ‘vacation house of the future’ when it came out in the 1960’s. It was durable, inexpensive, made in a factory and all plastic. However, fewer than 100 Futuros were ever made. Today, only about 60 still exist worldwide. This might be your only chance to see one, so you’ll want to take a picture of this unique home and testament to days gone by.

This is just small sampling of Things to Do on Hatteras Island.  There are also shopping, exploring great restaurants, watersports, shell seeking, and just relaxing on the beach.  So, next time you visit the OBX, make plans to spend a day exploring Hatteras Island.  Youâ??ll be glad you did!  To plan your next Outer Banks Vacation, give us a call today at 877-858-4795.