If you’ve been watching the news lately, you will have noticed the appearance of a new “island” right off The Point, by Cape Hatteras Lighthouse. Called “Shelly Island”,  this massive land structure seemed to appear out of nowhere. It received national attention and many people have come out just to see it. There have also been some daring rescues from it, including a human chain. But what is it, and where did it come from? Here are the answers to the most frequently asked questions about Shelly Island.

Where Did It Come From? 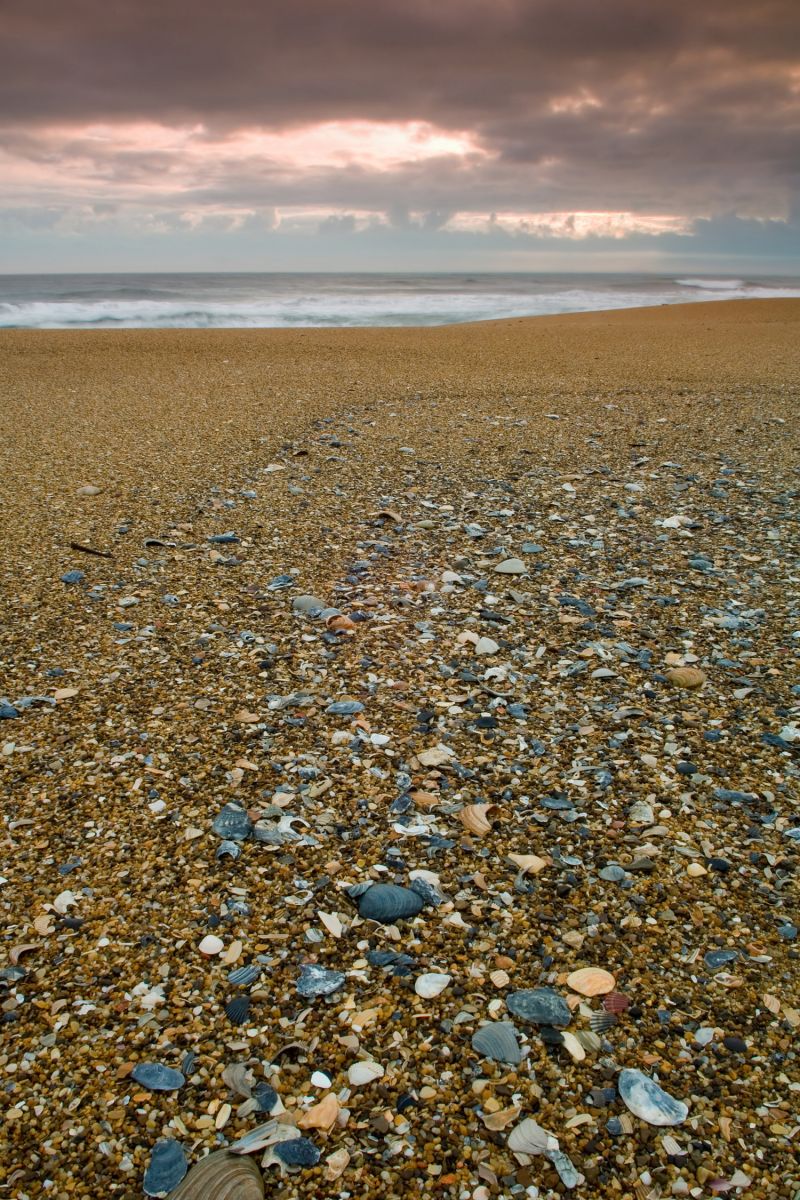 Aerial photos reveal that Shelly Island has come and gone since at least the 1940’s. The reason it made the news this year was because it was largest incarnation of this ‘island’ to date. It also seemed to pop out of nowhere fully formed. That’s not quite how it happened of course, but the extreme currents and weather around the Outer Banks has been known to create dramatic shifts in the landscape before such as the creation of Oregon Inlet, the new inlet where the patchwork bridge now is in Rodanthe,  and even created a new inlet in Frisco (which has since been filled in).

Why Is It Called “Shelly Island”?

When the island first emerged from the sea, it was littered with whalebones, pieces of shipwreck, and most of all, shells. Lots and lots of shells! In fact, a lot of the sand on the beach is ‘shelly’ sand, which is sand made up entirely by tiny broken shells, tumbled smooth by the water. The island was named by a child as homage to all the shells on it. Today, the bones and shipwreck pieces are mostly gone. However, the currents bring in a new batch of shells almost daily. It really is a beachcombers paradise!

What’s The Best Way To Reach It?

The island is not super accessible, but it’s not hard to get to either. First, you have to cross The Point, a stretch of sand about a mile and a half long. If you have a four wheel drive and a permit to drive on the beach (available from the park service) you can drive right to the tip of the point.

From there, you’ll need a way to reach the island itself. Depending on the tides, some people wade out to it. However, that’s not recommended. What the tide gives it can also take, and several people have already had to be rescued from Shelly Island once the tide drowned the land bridge. That current is nothing to mess with.

Instead, the best way to see it is with an ocean kayak and a strong knowledge of how to use one. If you’ve never used a kayak before, you’ll want to be sure to take some lessons before going out there. After all, this is open ocean.

What Kind Of Wildlife Is On The Island? 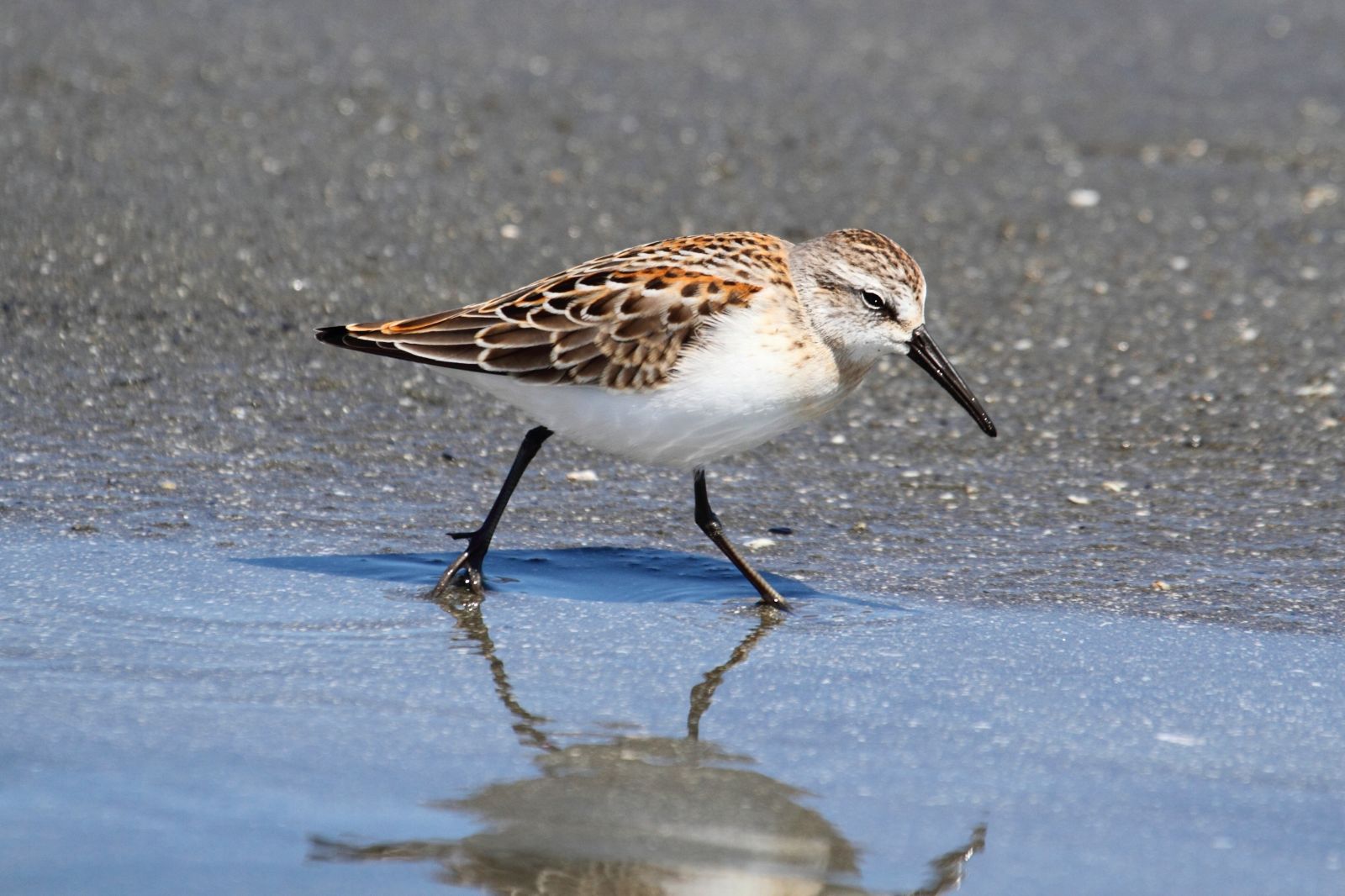 Aside from the usual ghost crabs and birds, there are no animals on the island itself. However, around the island is another story. Back when Shelly Island was first formed, the same currents that created it brought in large Manta Rays and even Tiger Sharks.

Today, the wildlife is less extreme, with the normal fish you’d find around The Point, such as Blues, Flounder, Croakers, Spot and more. In fact, The Point is a very popular fishing spot and some people fish on Shelly Island too.  Because of the currents, it’s still not the best place to swim.

Will It Be Here Next Year?

Well, that’s a hard question to answer. Ariel photography dating as far back to the 1940’s show it’s always been ‘here’. At different times in this island’s lifespan it simply goes underwater only to come back again a few years later. The science behind Shelly Island and the fact that we are heading into storm season says that it will most likely be underwater by next year. However, the good news is it will come back again– eventually. It always does.

If you want to see Shelly Island, it’s best to plan a day trip to Hatteras. Staying somewhere centralized, such as Nags Head, Kitty Hawk or Kill Devil Hills can make getting to the island an enjoyable trip, while still being close to all the activities you love to do and the restaurants you love to eat at once you’re done. Be sure to check out our homes those locations.