A New Game Is Sweeping the Area; OBX ROCKS

You’ve heard of Geo Caching, you’ve heard of PokÃ©mon Go. Now, there’s a new game that takes you all over the Outer Banks with fun things to find —  OBX Rocks. Started by a Facebook  group at the beginning of the year, the group is now over three thousand members strong!  And all of them OBX lovers and all playing the game. This game is popular in other areas of the country.  Is your hometown playing?

Here’s how it works. A group member finds a rock, paints it, and then leaves cryptic clues for the hunters to go by. Then the hunters post a picture of them and their rock.  This is a great way to get the family unplugged and playing together in a good old fashioned scavenger hunt with an Outer Banks twist.

The rules are simple. You join the group and get wait for someone to post about their rocks with clues on where to find it.

You have fun finding it scavenger hunt style. The clues really test your knowledge about the Outer Banks. For example, one clue said that the rock was where ‘Chardos used to be’.

Once you find it, you take its picture, post it to Instagram and their Facebook page. You can then leave the rock where it is, relocate it with new clues, or keep that one and leave a painted rock of your own.  (many people choose the latter option.)

Where to Get a Rock 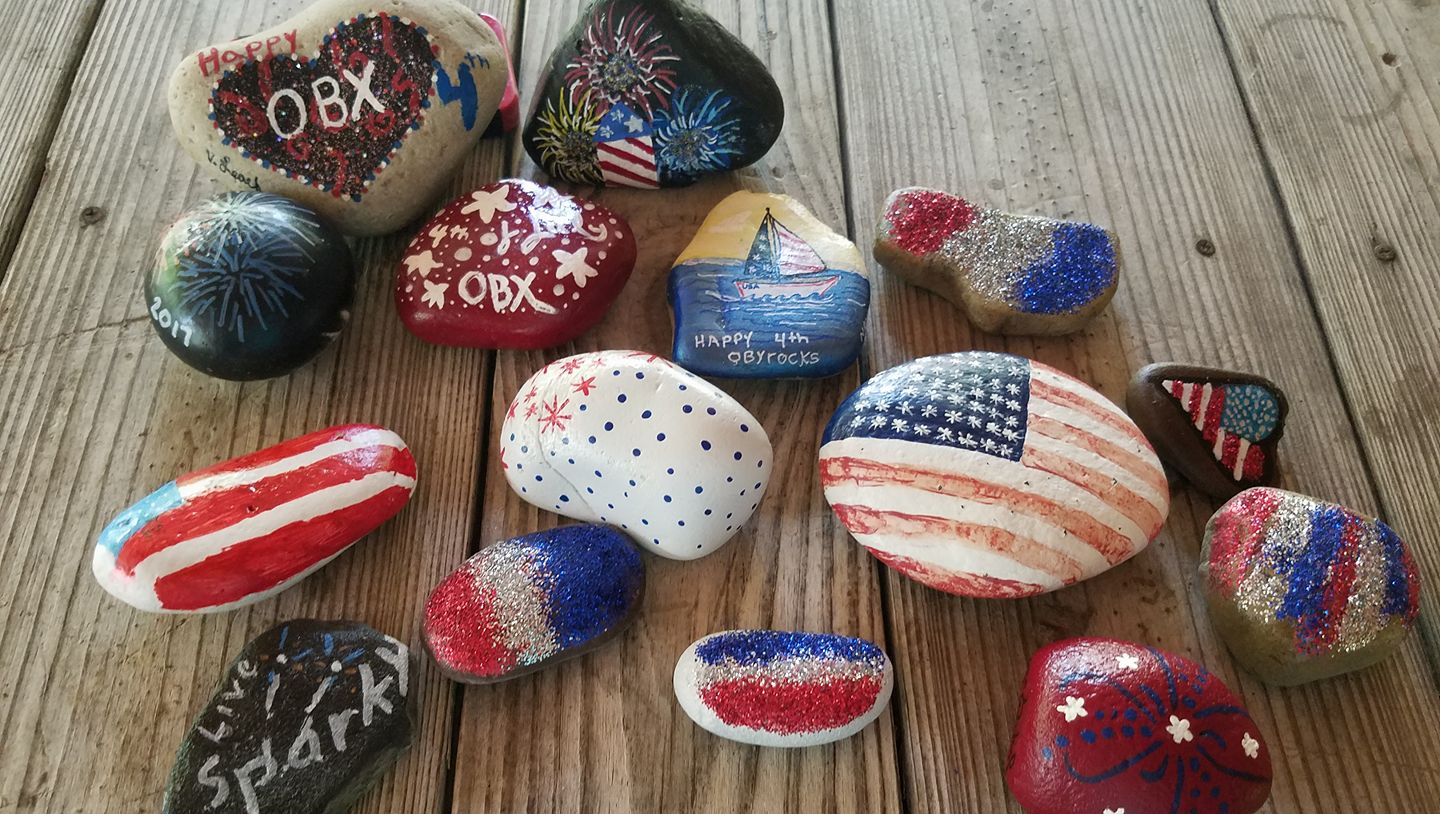 Let’s face it, rocks on the Outer Banks are pretty rare, and no one encourages the taking of someone else’s rock that they bought for their property. Instead, many of the rocks are bought from online sites like Amazon, local stores like Michaels Gems and Glass, and craft stores in your very own hometown. Dollar tree is another good place to buy rocks. However, in true Outer Banks style, many people are painting shells and driftwood instead of rocks. That works too.

Painting the rock is also a great way to bring the family together. People of all ages enjoy painting rock or shells and making them their own.  Sharpies and acrylic paints are the preferred way of painting rocks. Some people add fun decorations like stickers, googly eyes or glitter. Once the rock is painted, you seal the entire thing with Modge Podge to make it waterproof and suitable for hiding outdoors.

You can paint the rock however you want, just let your imagination roam free.  Rocks have been painted everything from striped to polka dots to intricate sharpie designs to fruit, flip flops and more!   One Star Trek fan even painted an Enterprise on their rock.

Art supplies can be bought locally from Wal-Mart or Island Art supply or you bring your favorite from home.

This is an easy game so there’s not a lot of equipment needed. However, here’s what you’ll need:  a bag for switching out rocks, your clues, some painted rocks, water (because rock hunting is thirsty work) a good knowledge of the area, a map or GPS system, a phone for taking pictures and spirit of adventure and fun. 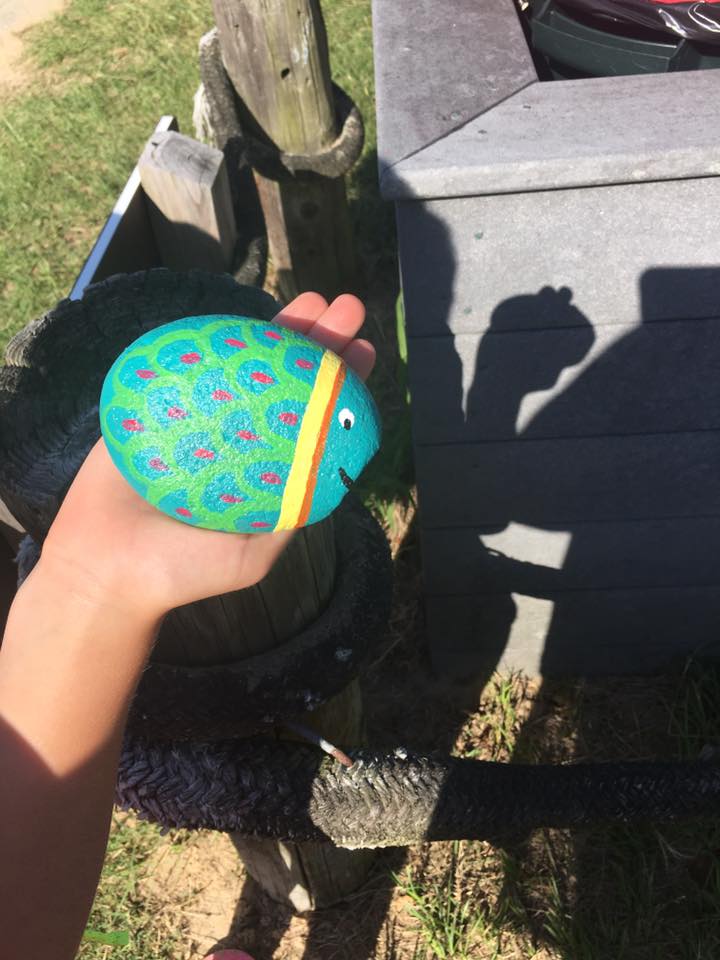 As always, there are a few rules for hiding a rock. Rocks can only be hidden on public property, not in places deemed dangerous and should never be left where it could adverse effects on the wildlife or the environment around it. Also, if hiding the rock at a paid for attraction, such as the aquarium, it’s always best to ask.  Ideally, you’ll want to have a plan of where you are going to leave rocks before you start creating the clues. You’ll also need a few back up locations and clues, just in case your original pick isn’t available.

This is where your knowledge of the Outer Banks really comes in handy. You can send people to places that are no longer there, give them clues about a specific place like the lighthouse or even give them picture clues such as ‘where was this taken, the rock is here too.’ These clues can be as complex or simple as you want them to be. You can spend an evening with the family making out clues and reminiscing about the Outer Banks and your great times together, or you can go out, hide some rocks and post a cryptic picture as to where to find it.

OBX Rocks is yet another way to enjoy the Outer Banks with your family. All it takes is a bunch of rocks, a smartphone, art supplies and a desire to connect on a deeper level. Old fashioned games like these along with great times spent in rental houses are what memories are made of.

We can help you with the rental house part of that memory.   Letâ??s Get Started!